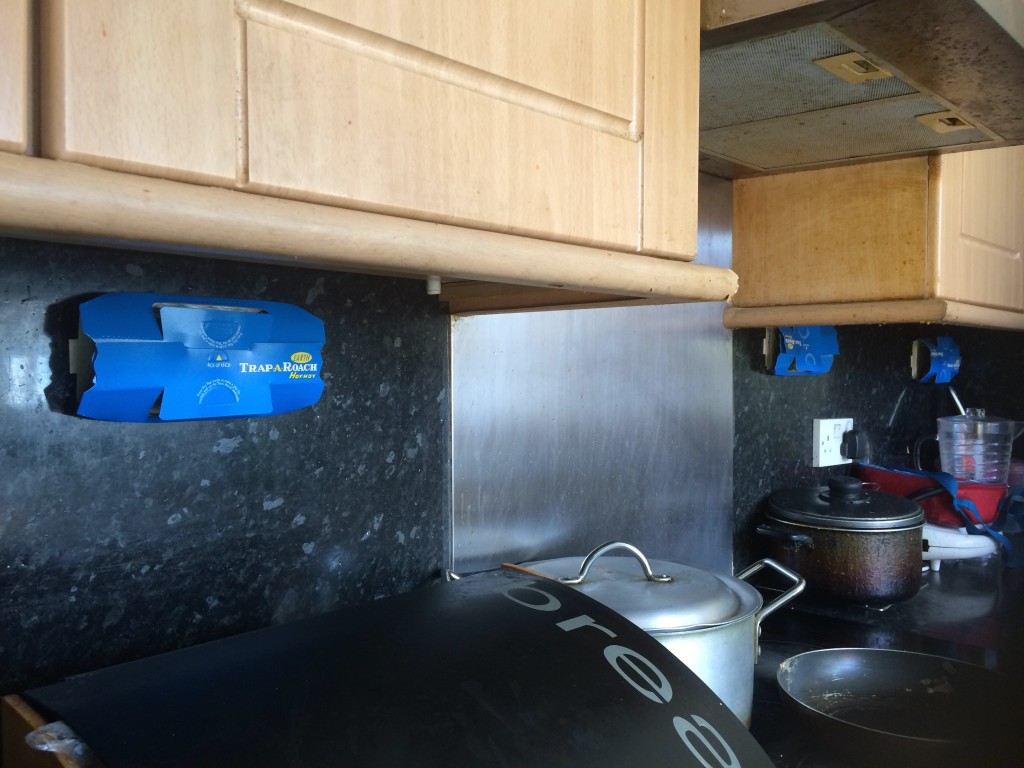 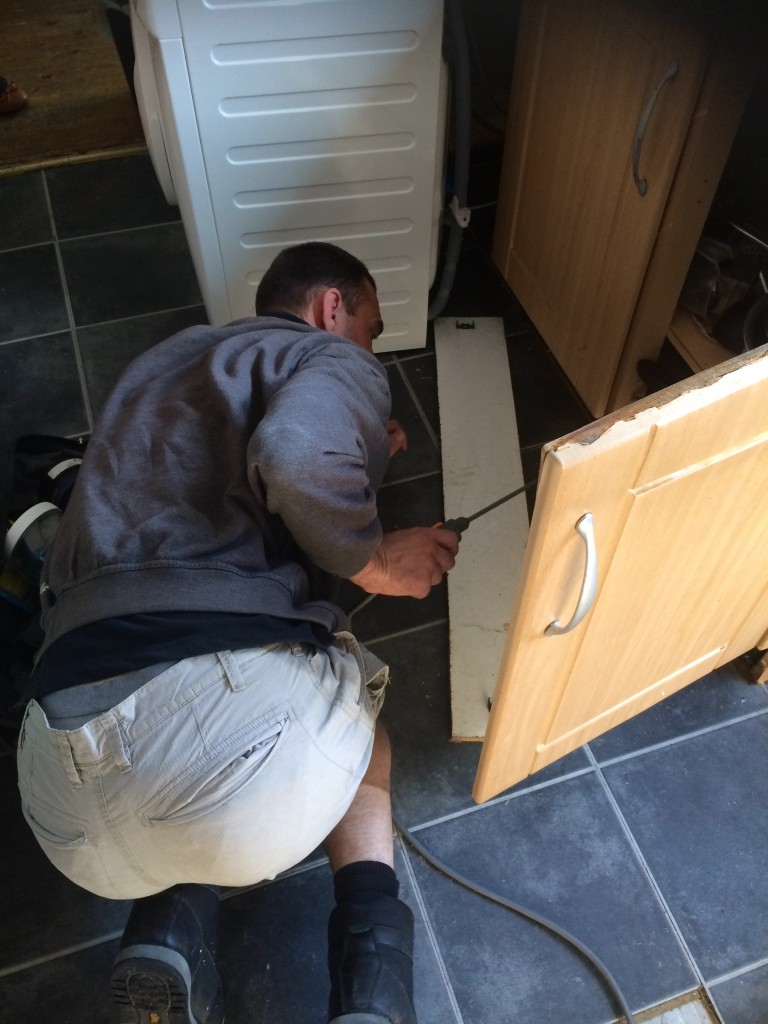 A stubborn cockroach infestation in Dingle. The property has been sprayed once but the customer is still seeing cockroaches. Another spray has been carried out and as a further eradication sticky traps with food and pheromone bait has been placed to capture any wandering individuals.

If you wish to have your property treated phone us for details or click here. 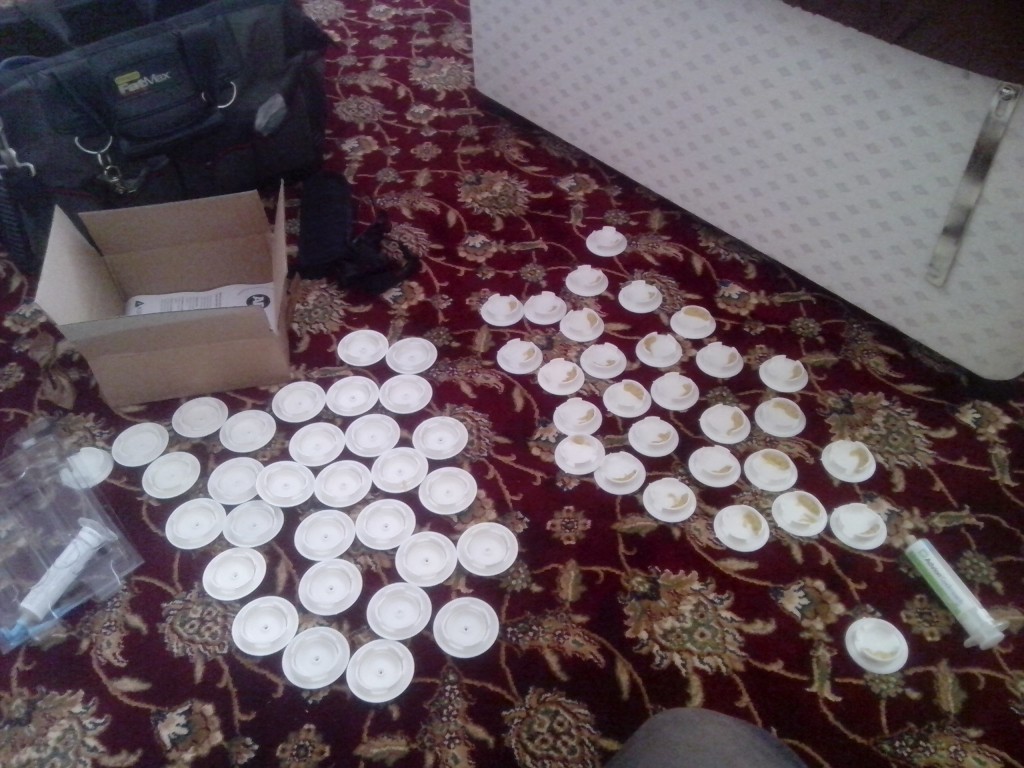 Cockroaches are a fairly uncommon pest nowadays but when they do get established in a property they can be tricky to treat for.

We treat for them using two methods. The first is by using contact sprays which kill the insects on first contact and then remain residually effective for up to 6 weeks. This method is great for preventing them going in to areas where they could be seen by customers.

The second method is by using poisonous baits. The cockroaches eat the baits and return to where they group together then die. Shown above is the bait points for cockroach baits. In the syringe is the poison.

The cockroaches will eat their dead and poisoned comrade. This kills them and starts a snowball effect killing the population where they hide.

Phone us or click here for more information on cockroach control treatments.

Another restaurant with no pest control and extremely poor hygiene is closed by the council in Birmingham. The article is from yesterdays Birmingham Mail. Read the story…

A Birmingham Chinese restaurant which was found to be ‘an imminent risk to public health’ after inspectors found it was infested with cockroaches.

The Village Café in Ladywell Walk, city centre, was instantly closed down by officers concerned at the proble

At Birmingham Magistrates court SMT Village Café Ltd was ordered to pay a total of almost £2,000.

Environmental health officers visited the Chinese takeaway restaurant on 21 July 21 last year, and, shocked at their findings, immediately got a a Hygiene Emergency Prohibition Notice on the same day – forcing the owners to shut down.

The court heard that the owners stated it employed a pest control company to treat and control pests at the premises, but environmental health team said they found no evidence of this during their visit.

When officers returned to The Village Café two days later, they decided there was still an imminent risk to public health as cockroaches both adult and young were found in the kitchen.

Mark Croxford, Head of Environmental Health for Birmingham City Council, said: “People should be able to have confidence in the safety of the food served and cleanliness of any food business in Birmingham – regardless of whether it’s a takeaway or a posh restaurant.

“When officers found evidence of an active cockroach infestation throughout the kitchen at The Village Café on 21 July 2014, they closed it immediately on public health grounds.

“We want the city’s food businesses to thrive and as such our officers work closely with premises to ensure they achieve the necessary standards required to operate safely.”

SMT Village Café Ltd pleaded guilty of two offences under the Food Safety and Hygiene (England) Regulations 2013 and was ordered to pay £1,000 in fines, £876 towards costs and a £100 victim surcharge.

Following the formal closure, the company signed a contract with a pest control firm to carry out treatment to control and eradicate cockroaches.

Officers allowed SMT Village Café Ltd to reopen its food business on July 24 after a second revisit, when they found the premises to be free of pests.

The food business was last inspected in March this year, when it regained its Food Standards Agency rating of 3, which means it is generally satisfactory. 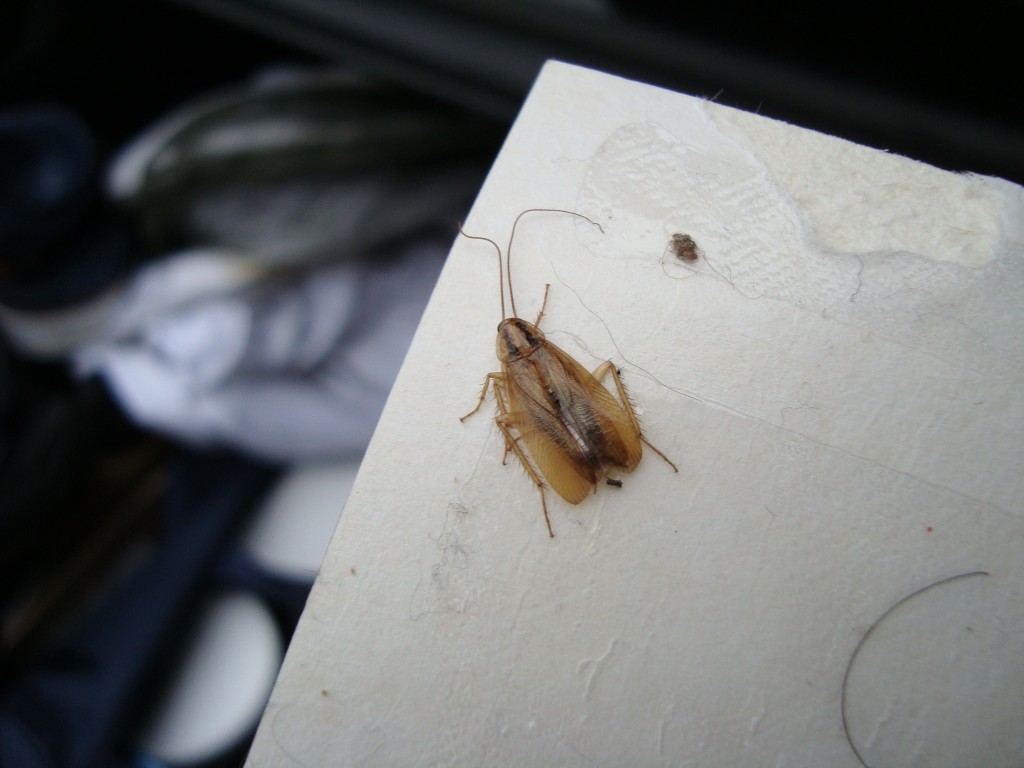 A sticky monitor pad left in a shop has caught a wandering insect. In this case a german cockroach.

A control treatment will be planned and carried out. At MerseyPest – Pest Control Liverpool we have a 2 stage attack using both contact residual insecticides and insecticidal baits to remove these pests.

Treating for German cockroaches is a time consuming job. Great care must be taken when eradicating them from machines in kitchens. Both boilers and the backs of fridges are extremely common places to find them in an infested house. Contact insecticides and baits are often used together to maximise the effect of the treatment. 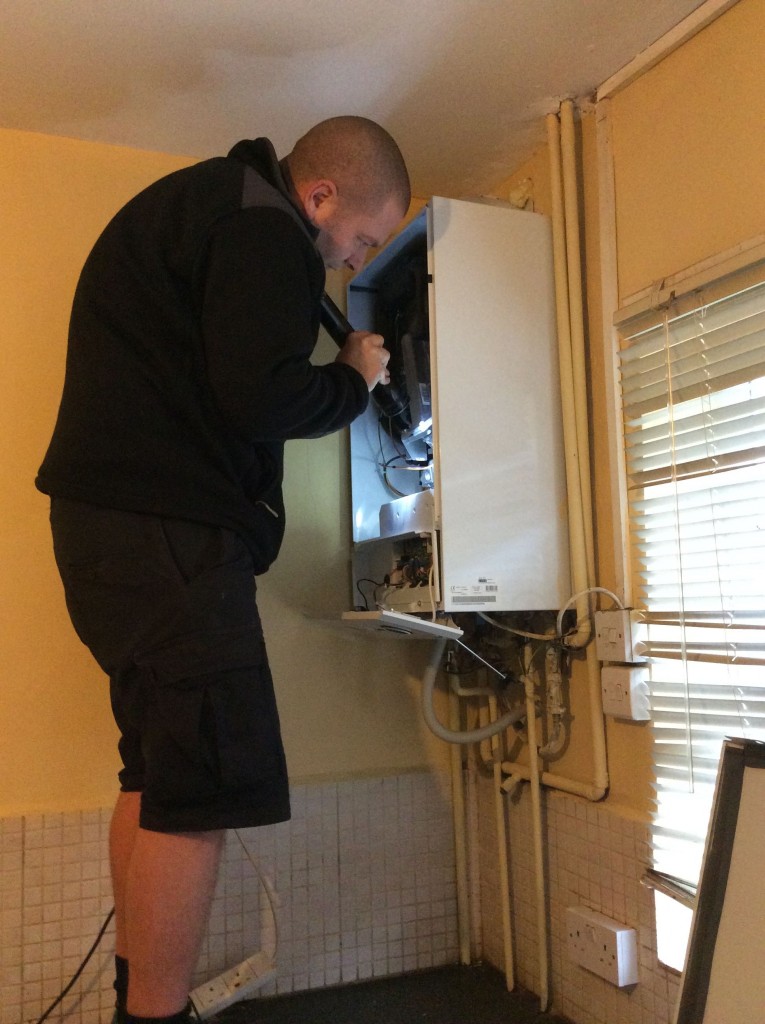 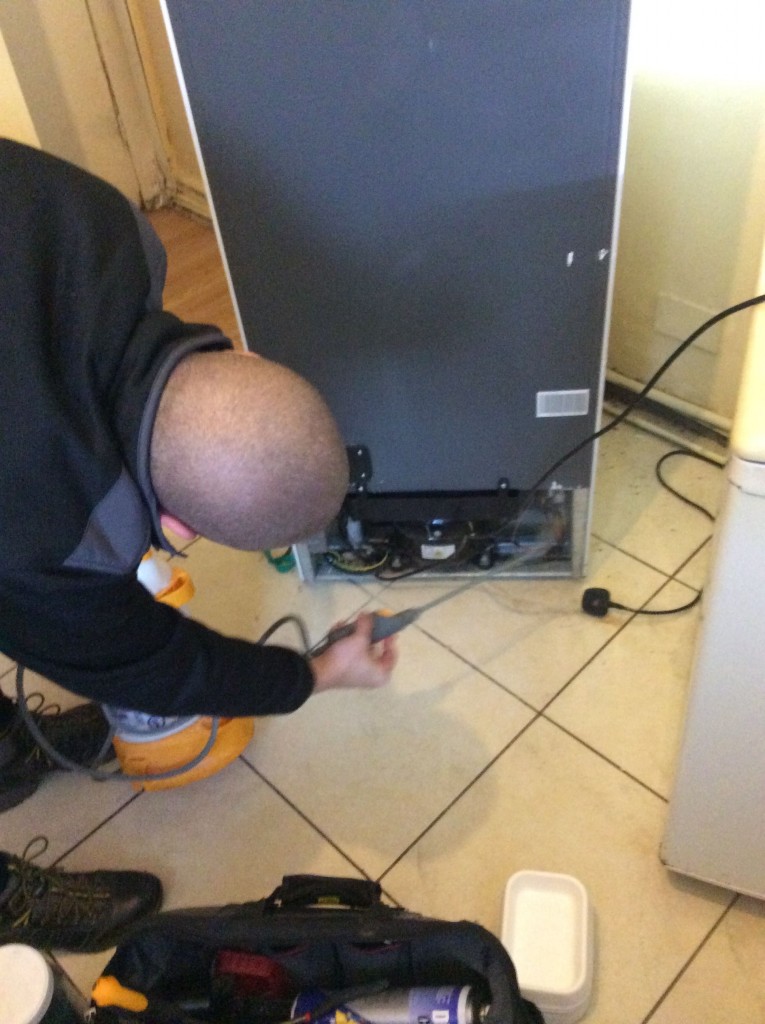 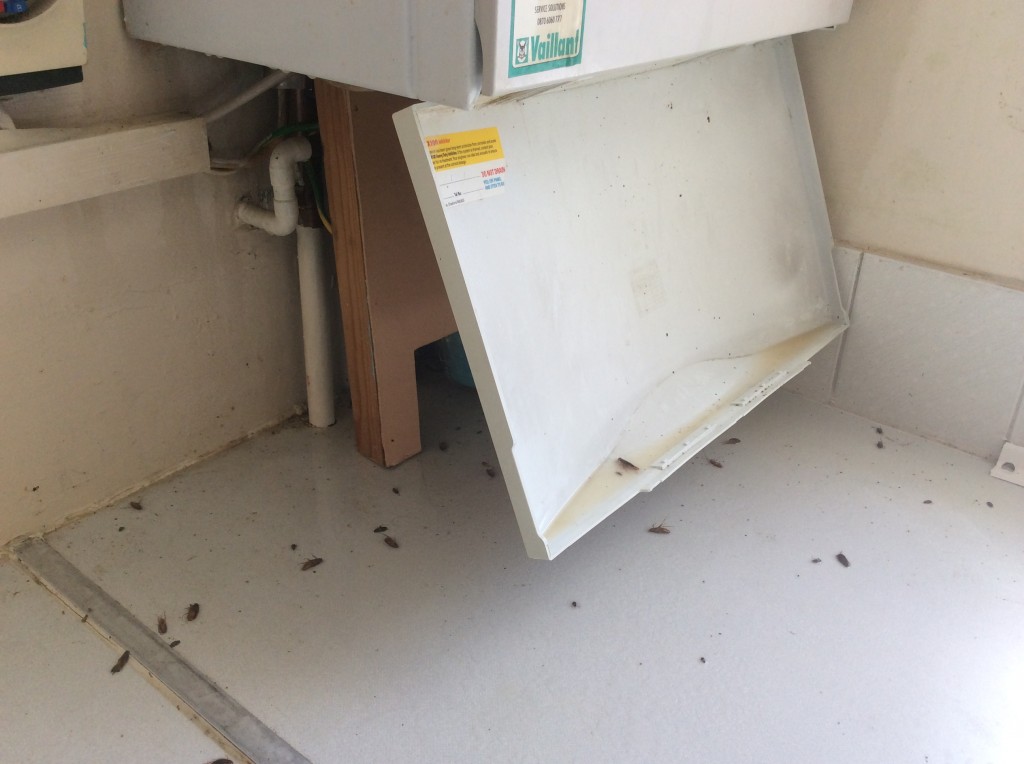 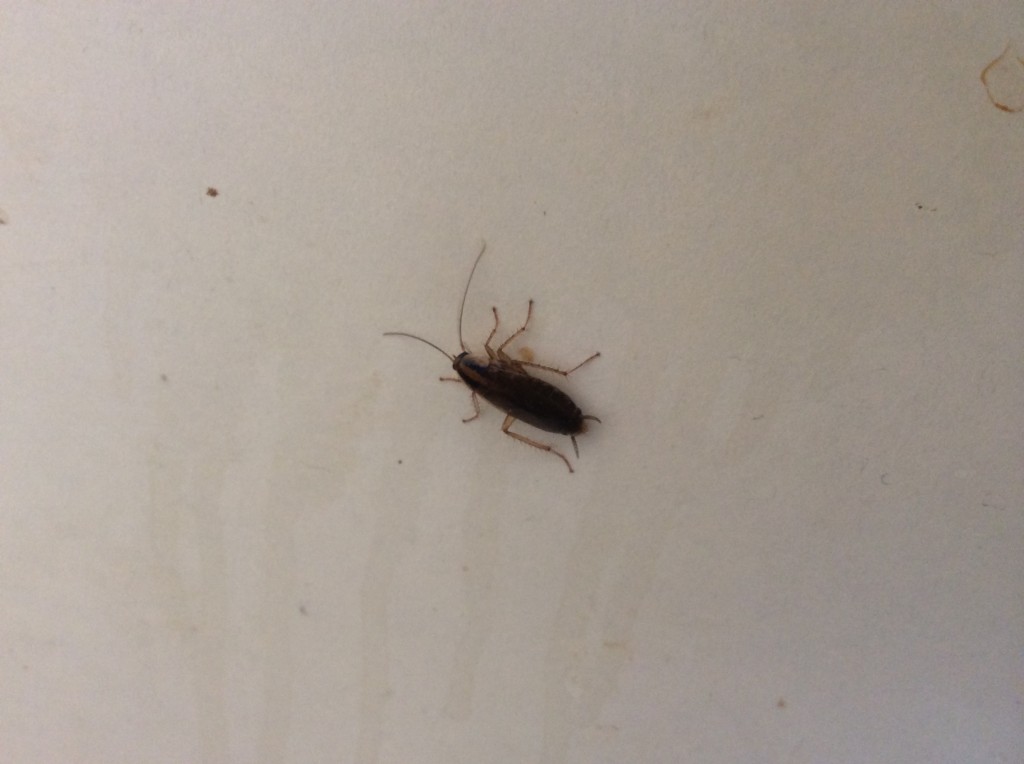 German cockroaches from a house in Dingle. They were living in the fridge motor, heating ducting and the boiler. They love warm places and thrive if untreated. This house had hundreds of them. Using a residual contact insecticide we soon got on top of the problem. 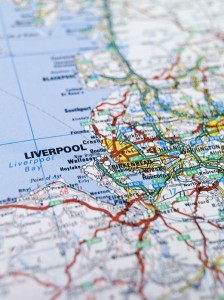 There are many pest control companies out there both national and local to Liverpool. We have no doubt lots are very good. Some however are less so. Here is a brief list of why we are very good. We're … END_OF_DOCUMENT_TOKEN_TO_BE_REPLACED