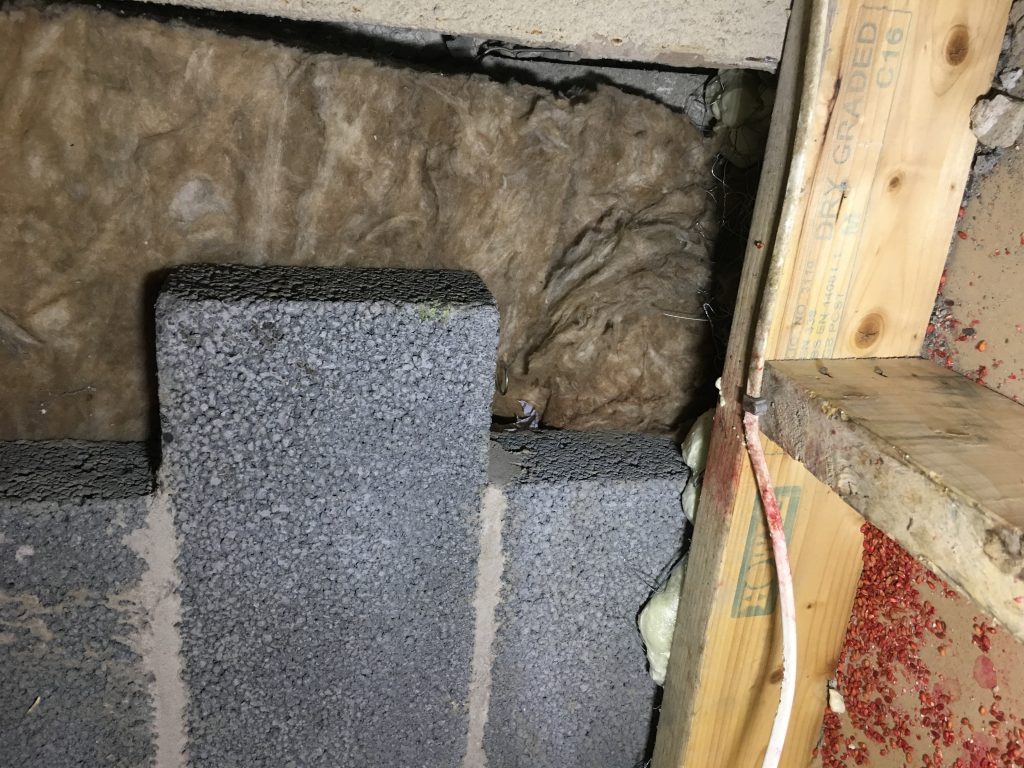 A rat has been heard in an extension roof space as a customer was working at his computer. It could be heard scrabbling up the internal Cavity of the wall and in to the roof. Once in the roof it could be heard hopping over the joists as it looked around.

On the initial inspection droppings and a hole leading in to the cavity were found. Bags of rodenticide were left. On the second visit the bait had been partly consumed and the bag pulled in to the insulation of the cavity. Smear marks of the red bait can be seen over the joists as the rat has tried to take as much bait as possible.

The outside of the property was carefully checked and no holes were found. Where there is no holes and rats are in the extension it often points to a problem in the drains letting the rats in.

A drain inspection is recommended to fix any flaws in the drain.

There are many pest control companies out there both national and local to Liverpool. We have no doubt lots are very good. Some however are less so. Here is a brief list of why we are very good. We're … END_OF_DOCUMENT_TOKEN_TO_BE_REPLACED