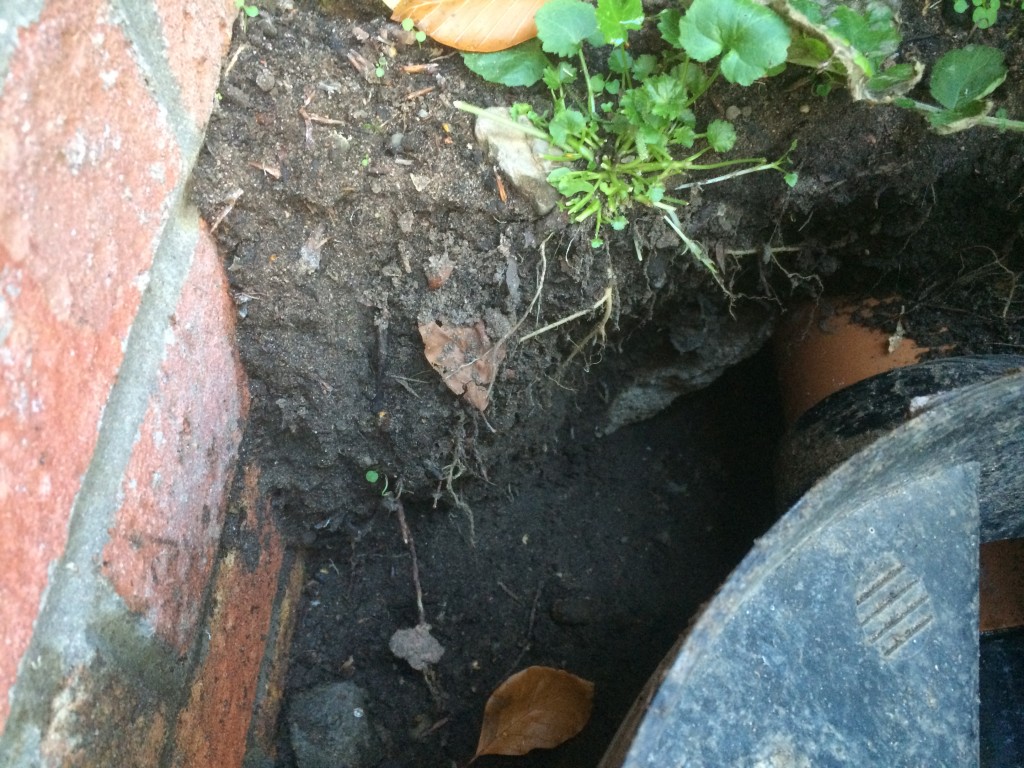 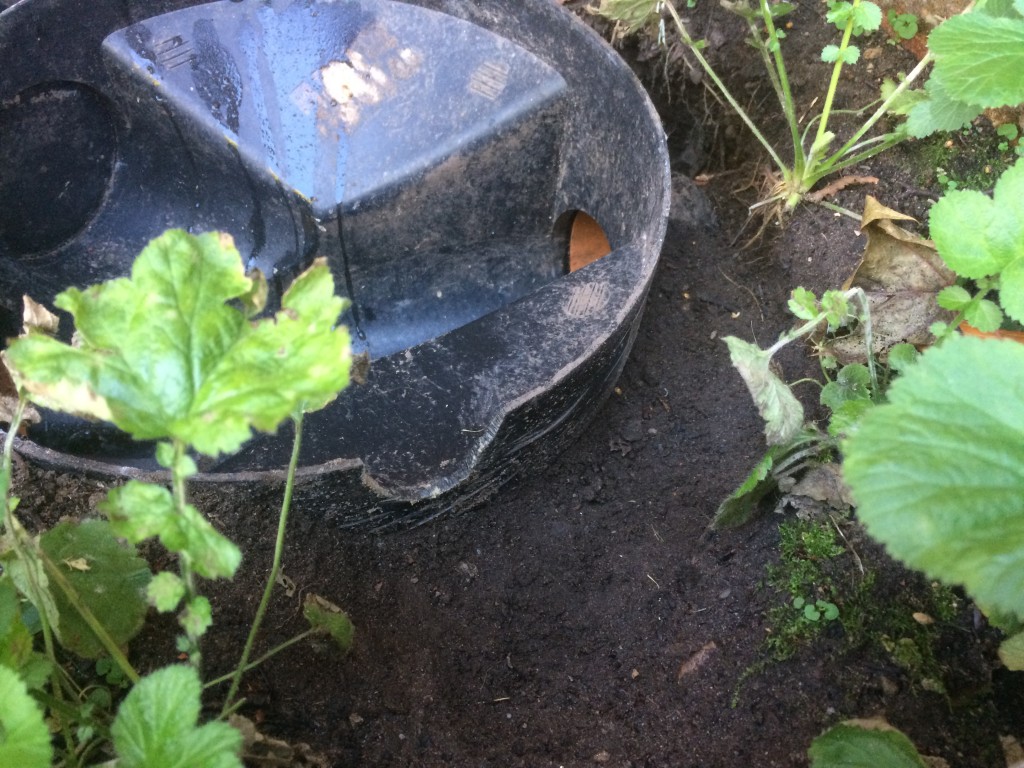 These picture show how a rat has chewed out of a drain in a garden and dug its way under the house. The rat was killed in the roof space using a break back trap.

Rodenticide baits have been put in the tunnels and into the roof space to make sure he wasn’t with friends. 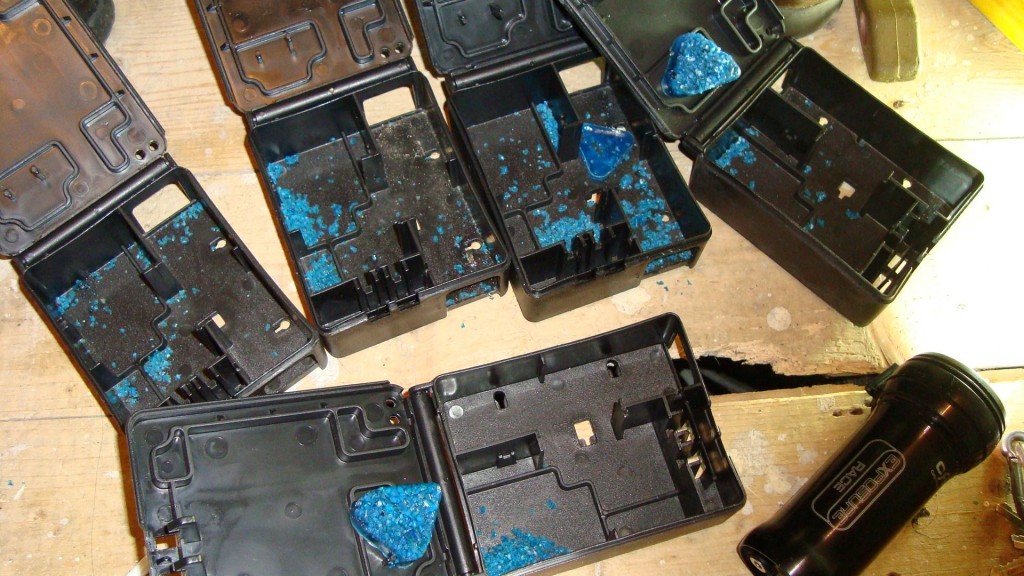 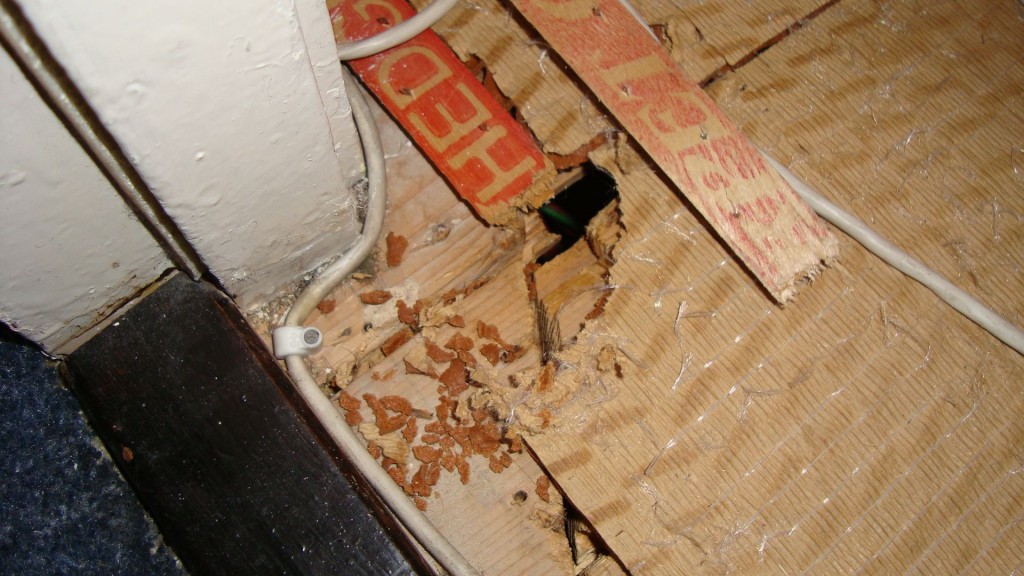 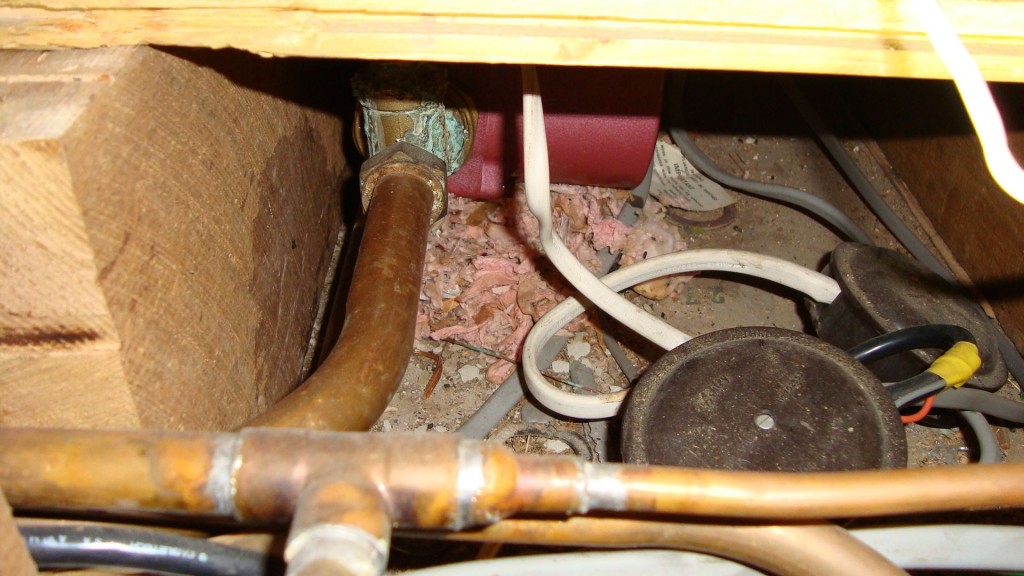 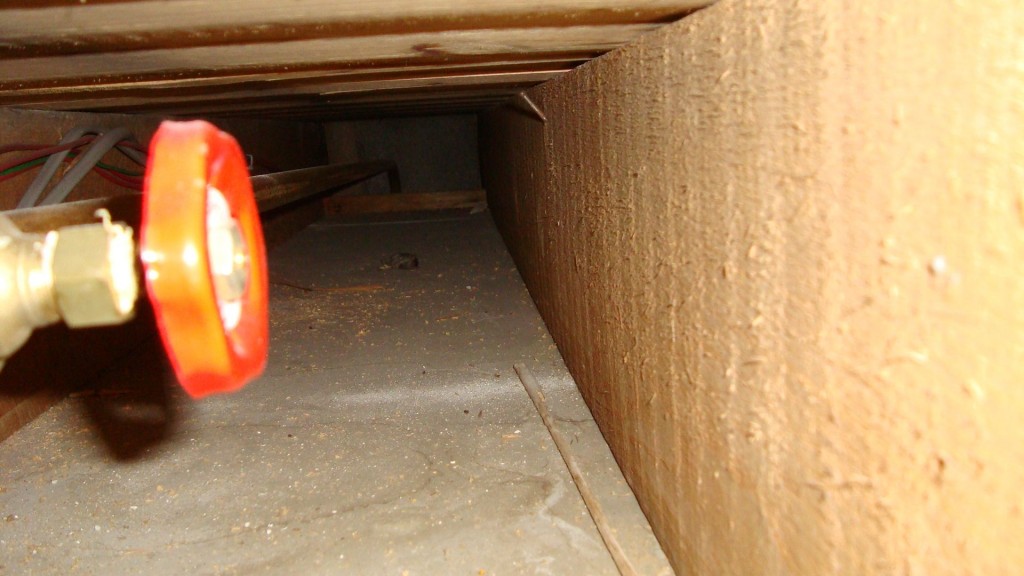 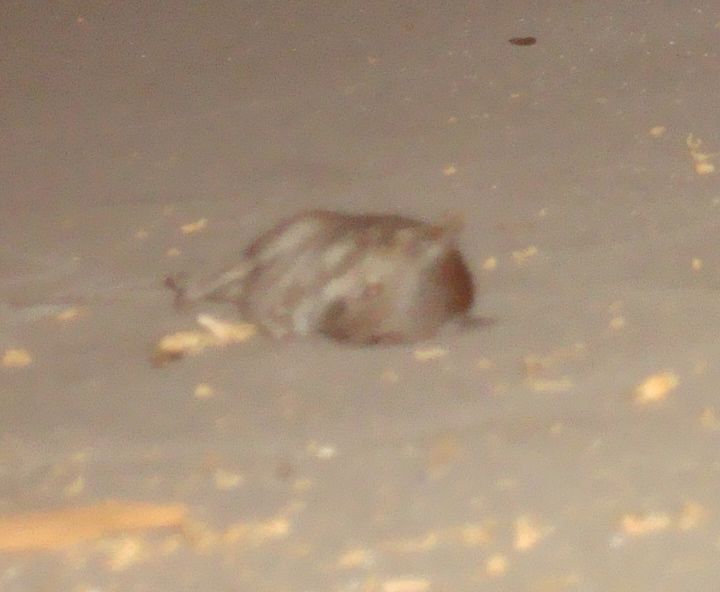 This photo shows mouse tracks following the line of the mortar between the bricks. This happens when mice habitally use a regular path. The black smear is made up of dirt, grease from the fur and urine. It is an indicator of a long established infestation. 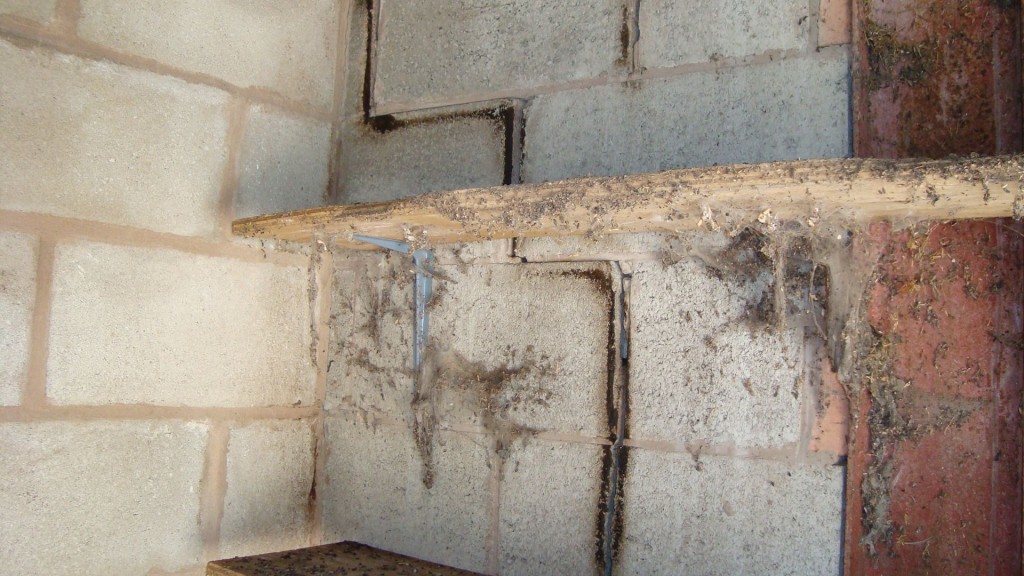 For more on mouse control click the picture or here

A rat burrow under a doorstep. Rats are now becoming more obvious as food in the environment becomes more restricted. This burrow has been created in the last few weeks and is clearly used daily. A control program is underway to remove them from this property. 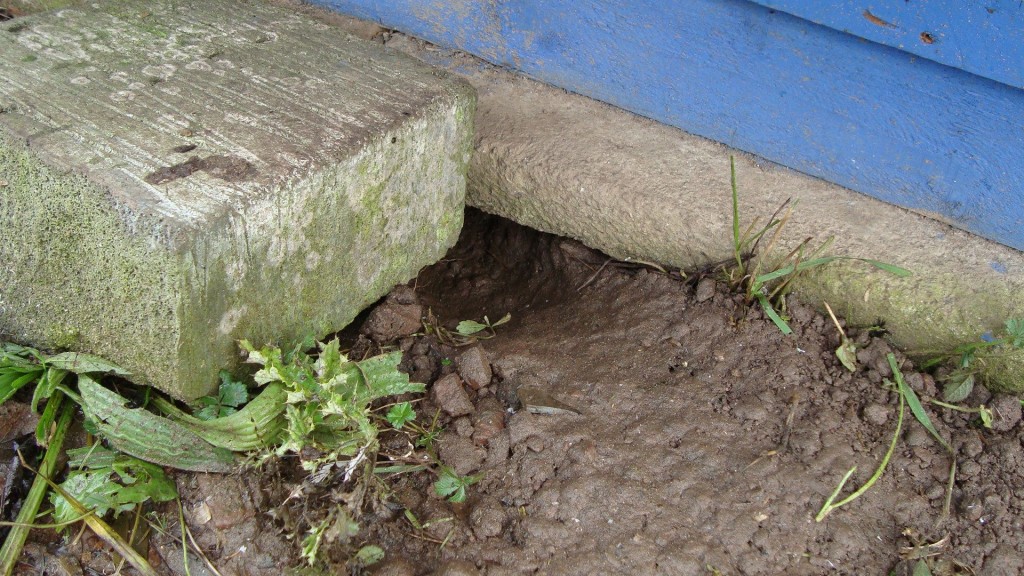 For more on rat control click here or on the picture. 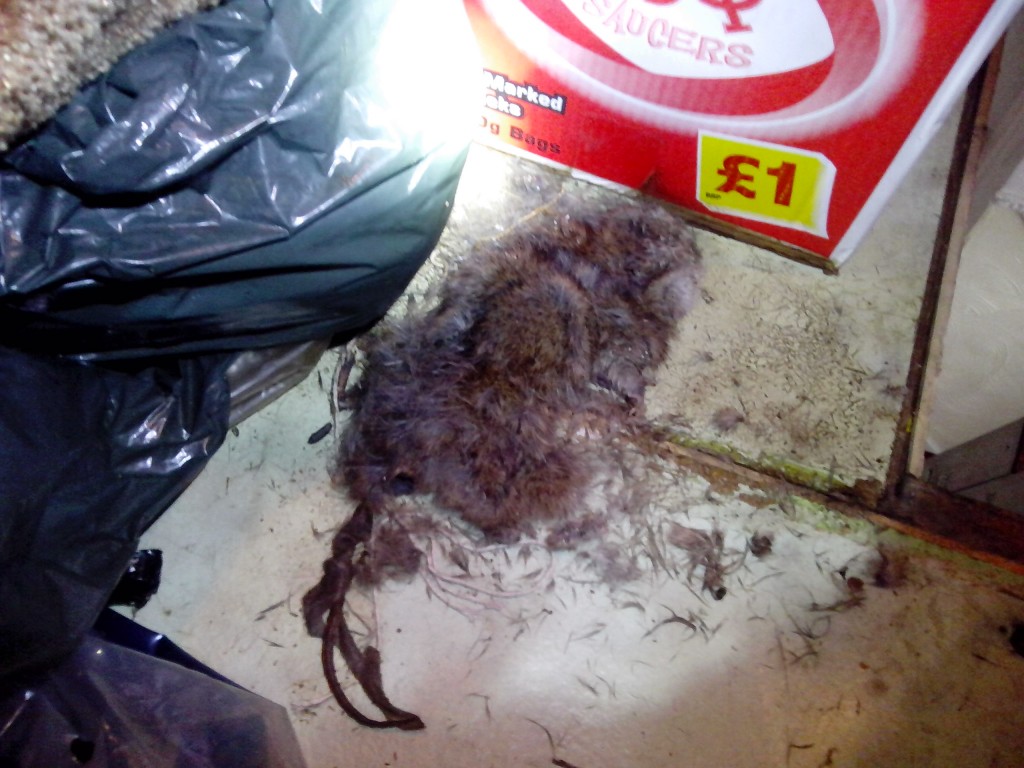 A family home had been suffering from a plague of flies over the past few weeks. They had finally had enough and called us to investigate. When we went in to the roof space we found a family of dead rats. They will of been killed by someone laying poison for them. How did the family not know?

It is likely the rats have been feeding from a neighbours bin or bird table and living in this families house. Poison will have been placed at the rats food source and the rats have eaten it over a few days and then perished from its effects. Rats often die in their nests as most common rat poisons are chronic so take a few days to work. 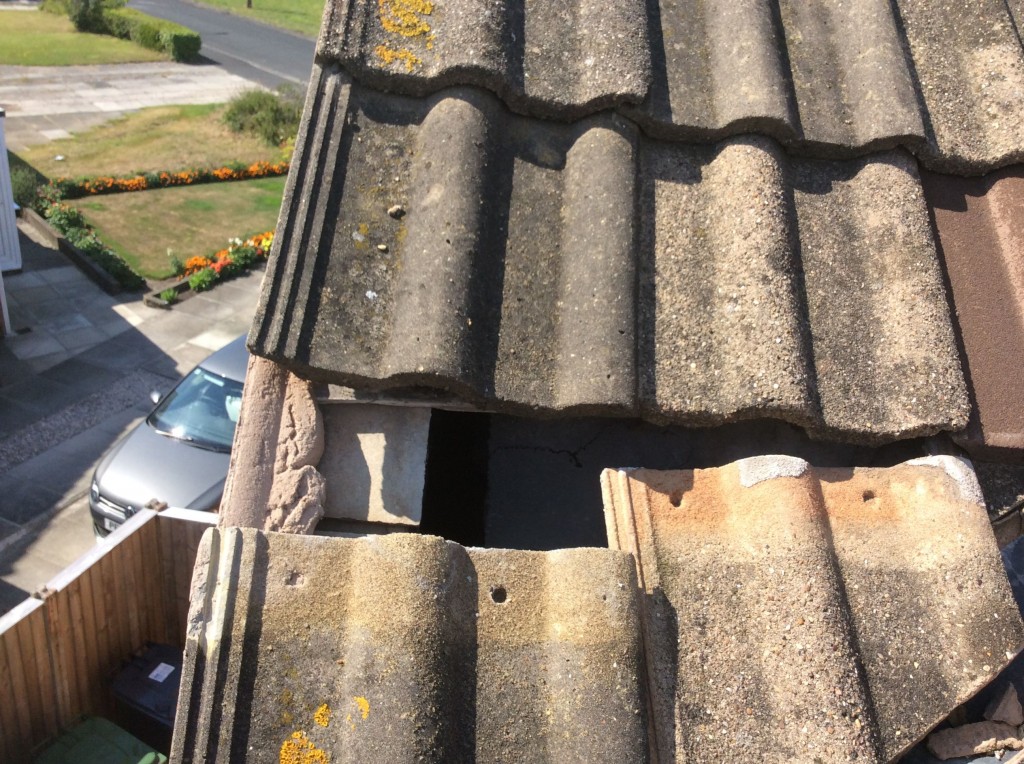 This large gap in the tiles has created an easy way in for squirrels. They are now happily living inside the roof space. It is important to check your house for any gaps in the tiles or bricks. Even a small gap will provide an entry point for rodents or birds. 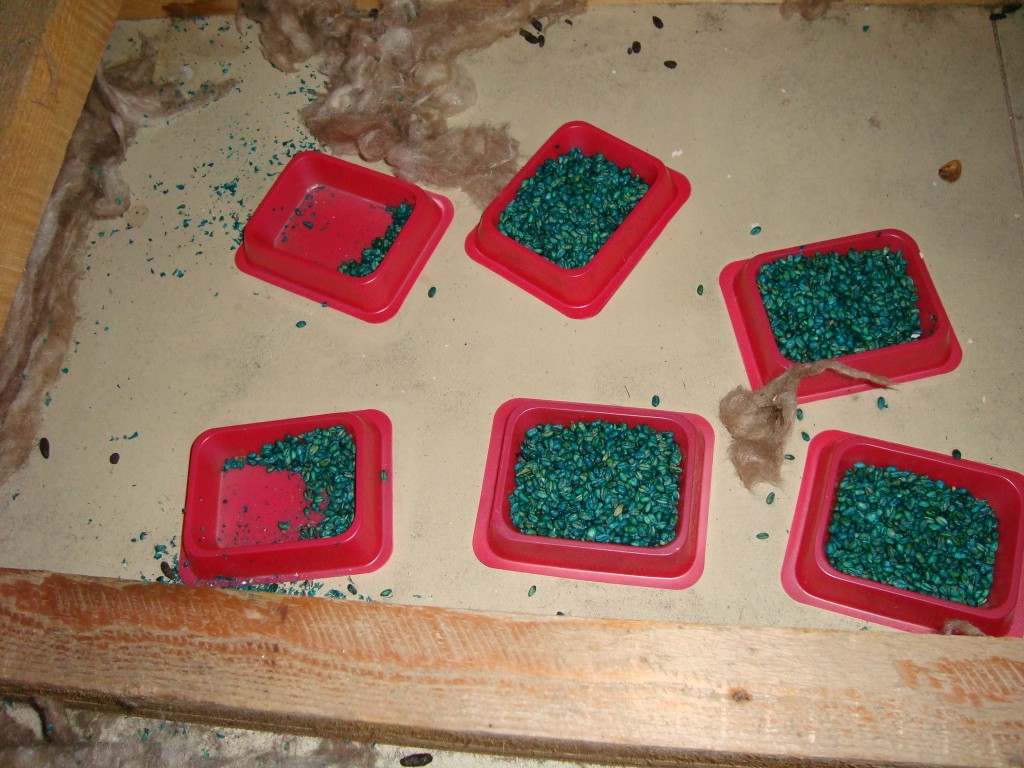 Rats have been plaguing a row of houses in Kensington. Multiple rat holes have appeared almost overnight in shed doors and under back gates leading to the rear alleys. Baits placed in areas of high activity followed by careful monitoring will control them. 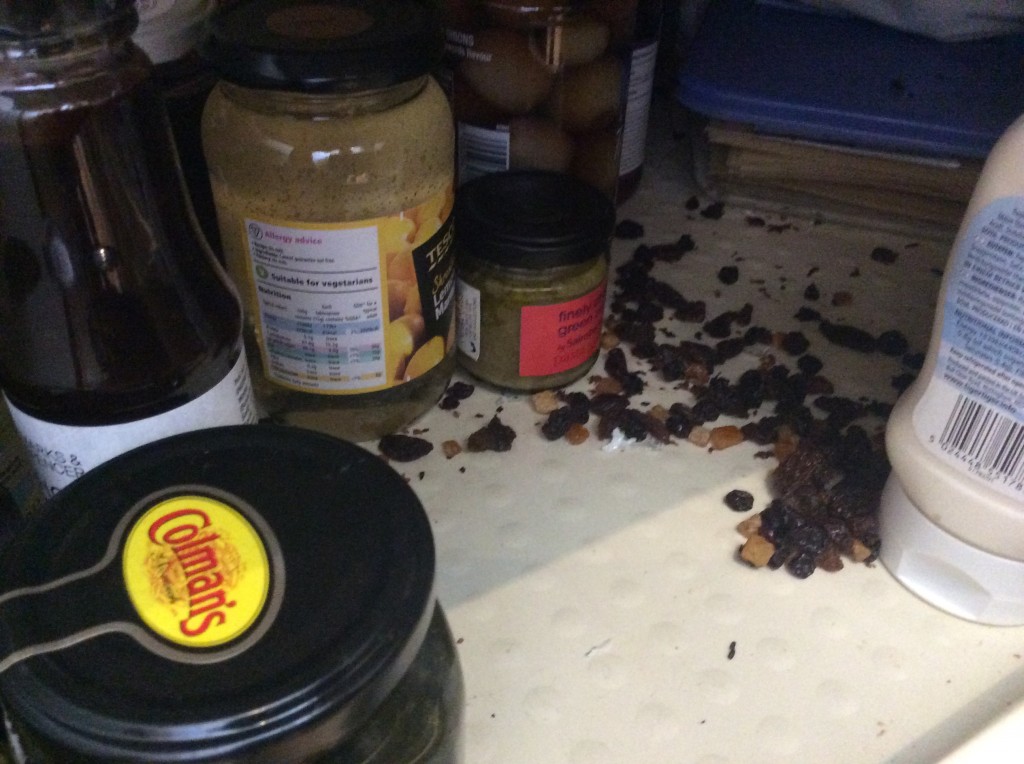 Its frustrating on some jobs where mice wont take the rodenticide bait. It is formulated to be as palatable as possible while having a decent shelf life. In this particular call grain bait was put throughout the house and on the follow up it appeared only a small amount of bait had gone even though there was still fresh (well fed) droppings about. The customers said they had put all food that is open in to plastic boxes. So what where the mice eating? A bit of digging about and I found this in a cupboard. A packet of fruit pieces. No wonder the mice wernt taking the bait with a luxury item on offer. With the fruit pieces removed the control treatment will be much more effective. 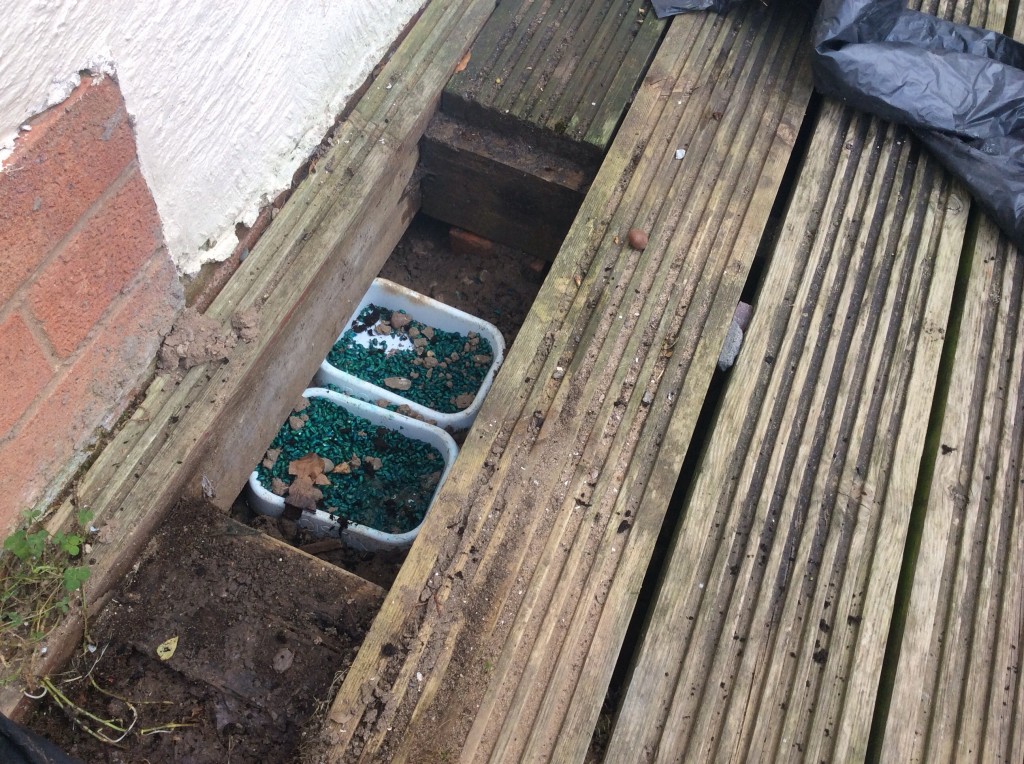 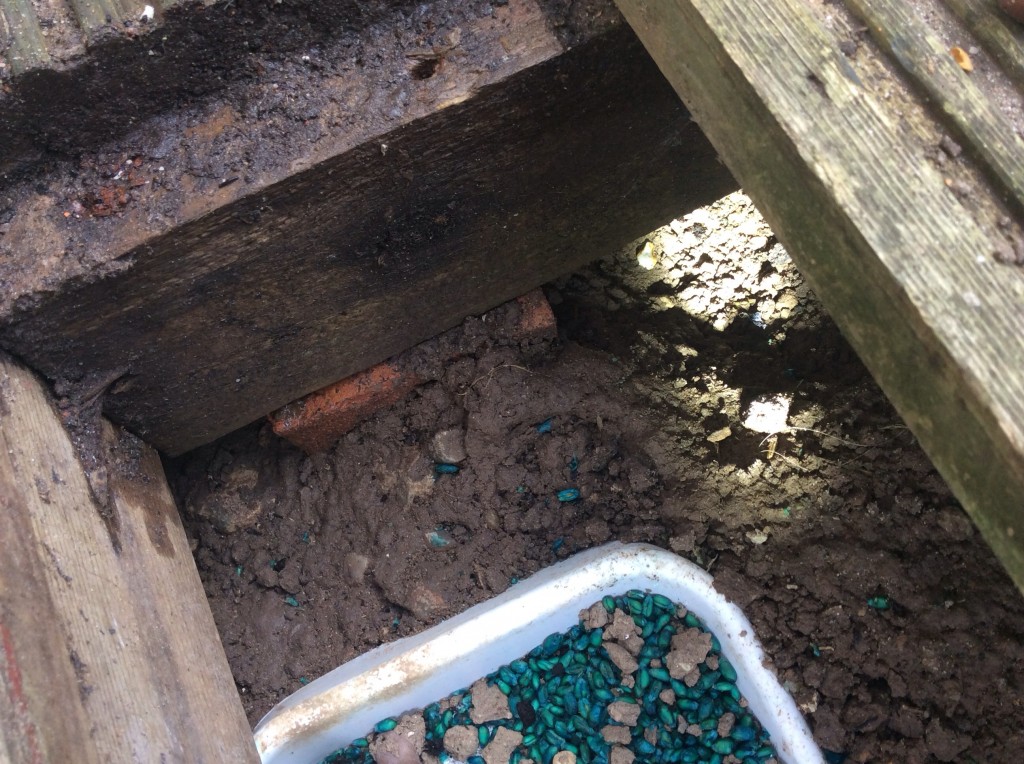 A customer has heard scratching in her walls over the last 2 months. We baited all areas of the house ( including roof space and under floors) and had no takes on any baits on follow up visits. The customer continued to hear the noises so we dug up some decking to find rat runs. The rat has been living in the cavity wall and leaving the property at night to feed. It hasn’t ventured in to the main parts of the house so hasn’t encountered any previously laid bait. The rat must of dug down the external wall and found a way in to the cavity space. As sneaky as this rat has been we are still able to get him. Baits placed along his main runs were just too tempting and as you can see from the photo has now consumed plenty. Now the holes have to be filled to prevent further rats using this great hideaway.

There are many pest control companies out there both national and local to Liverpool. We have no doubt lots are very good. Some however are less so. Here is a brief list of why we are very good. We're … END_OF_DOCUMENT_TOKEN_TO_BE_REPLACED